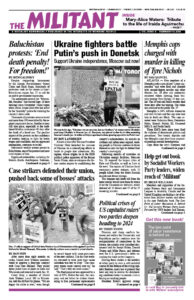 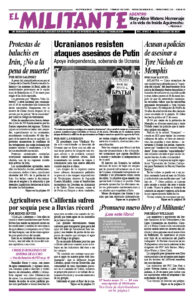 New International  Magazine and its index are now online, from 1934 to today. The magazine appeared under several names over the years and includes articles, speeches, reports, and documents of the Socialist Workers Party and world communist movement: by James P. Cannon, Farrell Dobbs, Joseph Hansen, George Novack, Evelyn Reed, Jack Barnes, and Mary-Alice Waters; by Fidel Castro, Ernesto Che Guevara, and Nelson Mandela; and by pioneers of the international workers movement from Karl Marx and Frederick Engels to V.I. Lenin and Leon Trotsky. It has featured discussion and debates on building proletarian parties in the United States and worldwide; on the fight for workers power and socialism; and on political lessons from revolutions in Cuba, Nicaragua, Grenada, Iran, Vietnam, Algeria, China, Russia, and beyond.

When you select an article from the index, you’ll be taken to the issue that contains it.

Intercontinental Press from 1963 to 1986 is now online. The weekly magazine carried news and analysis, debates, speeches, and documents from around the world of interest to the labor and socialist movements. Its resources were merged with the Militant in 1986.When you select an article from the index, you’ll be taken to the issue that contains it.

The Spanish-language socialist magazine Perspectiva Mundial was published from January 1977 until June 2005, when it merged with the Militant newsweekly and later that year became el Militante. We will be adding additional years to this unique online archive until it is complete.