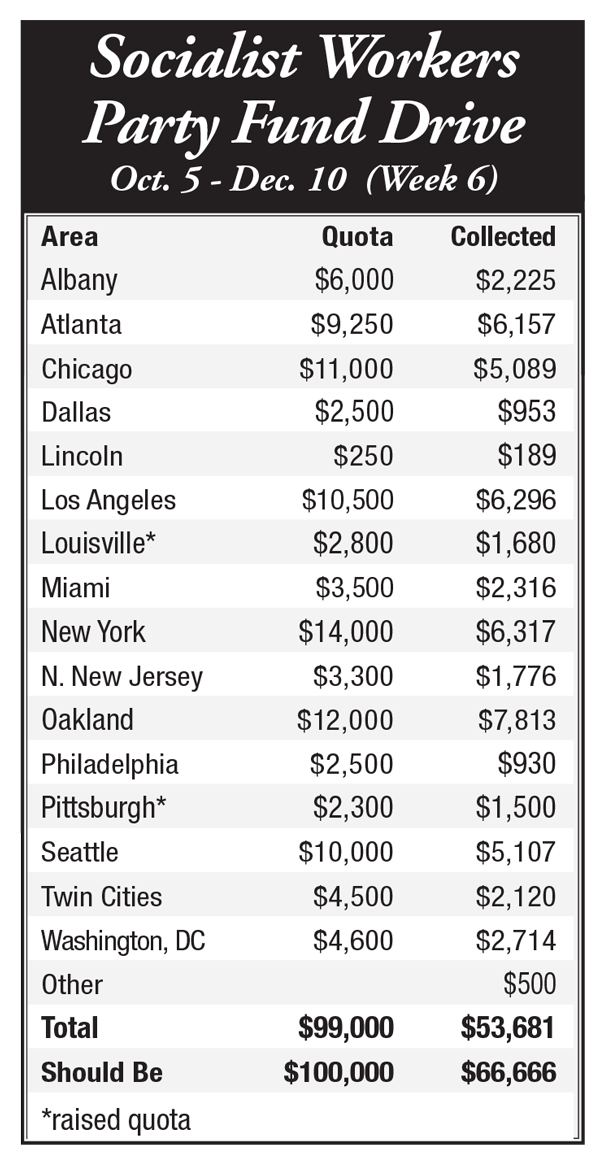 In addition to winning 1,100 people to subscribe to the Militant and get out 1,250 books by revolutionary leaders, Socialist Workers Party members are raising $100,000 to help finance the party’s political work. With area quotas slightly short of the national goal, party members in Pittsburgh and Louisville, Kentucky, have both raised their quotas.

Retired autoworker Lamont Anthony contributed $50 to the Socialist Workers Party Fund, reports Jacquie Henderson from Louisville. Anthony had heard Amy Husk, the party’s candidate for Kentucky governor, speak at his church in September and since then arranged an interview for her on a local radio program. Anthony joined party members taking solidarity to striking United Auto Workers members at GM and encouraged his neighbors to find out more about the SWP.

“Several other donations have come from co-workers of party members at Walmart,” Henderson reported.

Socialist Workers Party members are stepping up the pace of the international drive to expand the readership of the Militant and books by revolutionary leaders that explain the program of the party in the campaign’s final three weeks. An invaluable…