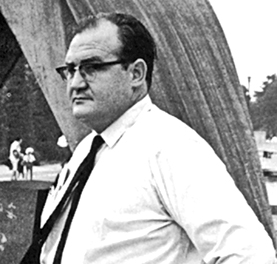 On Aug. 6, 1945, and again on Aug. 9 — 75 years ago this month — the capitalist rulers in Washington unleashed nuclear infernos against the Japanese civilian populations of Hiroshima and Nagasaki. Hundreds of thousands were instantly incinerated or died agonizingly and slowly from burns or radiation poisoning.

The Aug. 18, 1945, Militant, above, carried a front-page statement from the National Committee of the Socialist Workers Party. “The second imperialist world war has ended,” the party said. “Six years of wholesale slaughter and devastation have been brought to an awful climax with the discovery of the atomic bomb and its use, with frightful effect, against the people of Japan.”

“In two calculated blows,” SWP National Secretary James P. Cannon said in a public speech two weeks after the bombings, U.S. imperialism “brought on itself the fear and hatred of the whole world.” But, he explained, the U.S. rulers didn’t go to war “for moral position, but for profit,” to defeat their imperialist rivals and claim the spoils of “the boundless riches of the Orient.”

The U.S. rulers have always claimed this slaughter was a necessity to “hasten the end of the war” and prevent further U.S. casualties. But Tokyo was already suing for peace. Washington’s use of nuclear weapons was a horrific warning to working people worldwide that U.S. imperialism not only had the bomb but also the ruthlessness to use it.

Fred Halstead, above right, the SWP’s presidential candidate in 1968 and a leader of the movement in the U.S. fighting for Washington to get out of Vietnam, represented the party at a series of anti-war conferences in Hiroshima to mark the 23rd anniversary of the atomic bombings.

In contrast to many other countries, Cuba has “never considered producing nuclear weapons,” revolutionary leader Fidel Castro said in a 2005 speech. “Our ‘nuclear weapon’ is the invincible power of moral weapons,” the ideas and example of the Cuban Revolution.

“My party calls for Washington’s immediate unilateral nuclear disarmament and has done so for 75 years,” Alyson Kennedy, the SWP’s 2020 candidate for president, said Aug. 1. “Lifting the threat of nuclear holocaust from the world is one more reason for workers to build their own party, a labor party, to fight to take power out of the hands of the warmongers.”