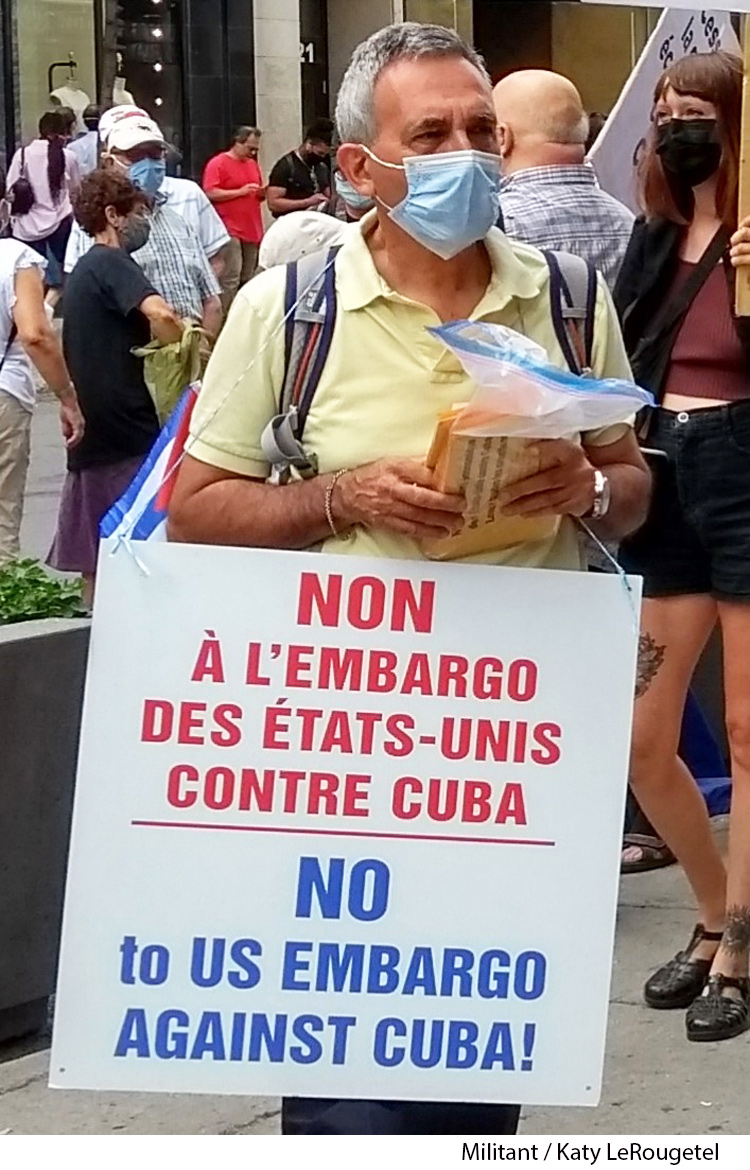 MONTREAL — In a concentrated 10-day effort to introduce the Communist League campaign to working people here and gather the electors needed to place Michel Prairie, left, the CL candidate in the Bourassa constituency, on the ballot in the Sept. 20 federal election, campaign supporters talked to hundreds of workers on their doorsteps. They discussed the party’s program, the need for solidarity with workers’ struggles today, and the need to “build a party that can lead the working class to take power.” This is the headline on the campaign leaflet they gave workers they talked to, inviting them to an Aug. 28 election campaign rally.

Liberal Party Prime Minister Justin Trudeau dissolved Parliament and called the “snap” election Aug. 15, three years early, in hopes of turning his minority government into a majority. “The Communist League campaign builds solidarity with workers and youth standing up for their rights, like the meatpackers on strike against Olymel in Beauce, Quebec,” campaigners told workers they talked to.

“Cuba’s socialist revolution showed that with a Marxist leadership working people can transform ourselves through our struggles and establish a workers and farmers government capable of ending all forms of oppression and exploitation,” Prairie told 30 people at a Militant Labor Forum July 31 launching the campaign. “That’s what is needed here in Canada as well.”

Campaigners gathered 175 electors — well over the 100 required — and sold 26 Pathfinder books on the lessons of over 170 years of the international class struggle.

Prairie handed in the signatures and nomination papers Aug. 24.

Statement by Joanne Kuniansky, Socialist Workers Party candidate for New Jersey governor, Aug. 25. Marches, rallies and other actions planned by the labor movement around the country on or around Sept. 6 to mark Labor Day are an excellent opportunity…